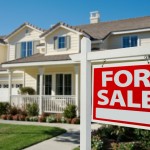 There is a ripple effect on homeowners who struggle with debt even after losing their homes. Honest people who want to make good on their debts are increasingly overwhelmed and finding it impossible to rebuild their financial lives.

When the Dennis Hebel and his wife decided to help out their son by buying a second condo home, they never expected that they were headed into the perfect storm – a chain of events that would lead them to try to give away their real estate investments, work multiple jobs, and declare personal bankruptcy.

Keeping up with the payments on two condos – even though those units had lost their value and were worth less than balance left on the mortgage — meant that the Hebel’s credit was good enough to allow them to take out another mortgage and buy a home they thought they could afford. Once they successfully negotiated a short sale on the two condo units, they thought they would finally have financial stability. But when the bank won’t take back the property they hold the mortgage on, and there’s no buyers in the market — even for a short sale — the futility of repaying all debt became stressful, and threatened to take a toll on Dennis and Judy’s relationships, family and health. When your liabilities are excessive, and your assets are minimal, if not gone, it is time to take a rational look at a very personal and, often emotional, decision: Should you declare personal bankruptcy?

Years ago, personal bankruptcy was considered by some to be a shameful last resort. In today’s economy, however, personal bankruptcy filings are no longer seen as a kiss of death to your credit. They have become an accepted last-ditch effort to organize your debt, and free you from years and years of making minimum payments that will never go away. Read Full Story >>