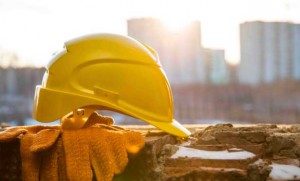 According to recent statistics, there are between 6.4 and 8 million people who entered the country illegally and are a part of the U.S. labor force. The type of work performed by these workers is often very dangerous—they commonly work in the areas of construction, agriculture and manufacturing. Statistically, these workers comprise approximately 6 percent of the civilian workforce while suffering nearly 10 percent of work-related injuries.

Reasons for this disparity include poor training, unsafe conditions, language barriers and the unfortunate perception that immigrant workers are plentiful, unlikely to complain and expendable. Most live in fear of being identified and deported. As a result, they often do not report crimes, do not complain of abuse from their employers and do not avail themselves of the court system. They are often willing to accept any available job in order to provide a better life for themselves and their families. Representing immigrants in personal injury litigation presents numerous challenges for attorneys.

There are two principle categories of immigrant workers present in the country without lawful status, namely: people who entered the United States surreptitiously without inspection and people who were inspected, admitted and overstayed the allotted time on their visas. Both groups are unauthorized or out of lawful status. Both face the risk of detention or deportation. However, this is not necessarily a permanent state. A client may obtain lawful immigration status; for example, they could get work authorization from the Department of Homeland Security. Work authorization allows an immigrant to obtain a Social Security number that is valid for one year. A work authorization card with a Social Security number negates the “undocumented” status. If a client is at risk for deportation, a stay of removal or a request for humanitarian parole may be sought.

Ethical considerations also exist in representing an immigrant worker. Rule 3.3 of the Rules of Professional Conduct requires candor toward the tribunal. Thus, a lawyer who represents a client engaged in fraudulent conduct is required to take reasonable remedial measures, including, if necessary, disclosure to the tribunal. Working without authorization is not a crime. However, falsely claiming to be a U.S. citizen is a crime. Entering the country illegally is not per se fraudulent conduct. Being in possession of false documents is considered fraudulent. While Rule 3.3 requires candor toward the tribunal, Rule 1.6 requires a lawyer to maintain confidentiality. While Rule 1.6(a) requires a lawyer to refrain from revealing information relating to representation, Rule 1.6(b) requires disclosure in compliance with Rule 3.3. Thus, in representing an immigrant, an attorney in a personal injury suit must be aware of the worker’s status in order to comply with all ethical considerations.

Often, the worker is being paid under the table. As such, coverage questions arise with respect to the available insurance coverage. From the workers’ compensation perspective, a determination must be made as to whether the injured worker is to be considered an employee or an independent contractor for purposes of maximizing recovery. Pursuing workers’ compensation benefits may provide the quickest recovery while negating potential tort recovery. As a matter of public policy, an immigrant worker is not excluded from the determination of being an “employee” under the Workers’ Compensation Act, as reinforced in Reinforced Earth v. Workers’ Compensation Appeal Board (Astudillo), 810 A.2d 99 (Pa. 2002).

In representing these workers, the attorney is faced with many problems at each stage of the litigation. Overriding all of these is the innate prejudice that may exist in the minds of the jurors. Future lost wages and the ability to present vocational and economic experts also pose significant problems. The personal injury practitioner must consider each of these aspects of the case from the outset prior to embarking upon representing these workers in the personal injury action.